I’m about a third of the way through Roger Olson’s The Journey of Modern Theology. It is so well written that at times I really don’t want to put it down. This is an excellent introduction to modern theology. I will talk more about the themes of modern theology and how Olson traces that out in another post. For today I wanted to highlight his discussion of “liberal” theology because I found it very helpful. The term “liberal theology”, Olson notes, is “much abused.” It is often applied to conservative theologians by some who just happen to be more conservative than they are. Olson says this use of the label is what philosophers call “an indexical term. It has no definite, established meaning; its meaning is tied inextricably to the user’s own theology.” (125) I’ve been guilty of this myself so at this point I was eager to be corrected.

Olson says liberal theology is “best defined as ‘maximal acknowledgement of the claims of modern thought’ within Christian theology.” (126) That is to say it is more than just a revision of traditional doctrine. “It is a revision and reconstruction of Christian doctrine in the light of modernity, with ‘the best of modern thought’ serving as both a source and norm for doctrinal critique and construction.” (126) This isn’t to say that liberal theologians would contend that Christianity must accept uncritically whatever modernity says. It does have the tendency, however, “to accommodate to modernity, in its present form at the time, as far as possible without sacrificing the essence of Christianity.” (127-28) The sine quo non of liberal theology is to give relevance to contemporary culture “equal if not greater weight than faithfulness to traditional Christian sources.” (128)

A second characteristic of liberal theology is its optimism about human potential. It tends to be anthropocentric in its outlook and method. Thirdly, liberal theology is done from below rather than from above. “‘From above’ means accepting the authority of special revelation from God and interpreting it with the intention of constructing sound Christian doctrine. . . ‘From below’ means beginning theological reflection with human experience and attempting to determine from that what can and should be believed. . .  That does not mean rejecting revelation from above, but it does mean submitting that revelation to the criterion of human experience as its judge. Most often it means believing that there is a revelation of God embedded in human experience.” (129) Fourth, liberal theology will tend to interpret the Bible critically but will not view it as supernaturally inspired or infallible. Again, they don’t necessarily deny any inspiration or authority but will say the Bible is “inspired ‘insofar as it is inspiring.'” (129)

Other common traits are skepticism regarding the supernatural and miracles, “a general focus on Jesus’ humanity and a tendency to reinterpret his deity as some aspect of his humanity; a preference for universalism . . . and an assumption that truth can be found in all world religions even if Christianity is the absolute religion that fulfills the truth in all others.” (130)

The father of modern Christian theology is Friedrich Schleiermacher. Olson says he is “what Copernicus was to astronomy, Newton to physics, Freud was to psychology and Darwin was to biology. That is to say, he was the trailblazer and trendsetter, the one thinker subsequent theologians cannot ignore.” (130) He has been hailed as a “prince of the church,” “one of the few giants of Christian thought,” “the most influential theologian since John Calvin,” and the “founder of modern religious and theological thought.” (130) 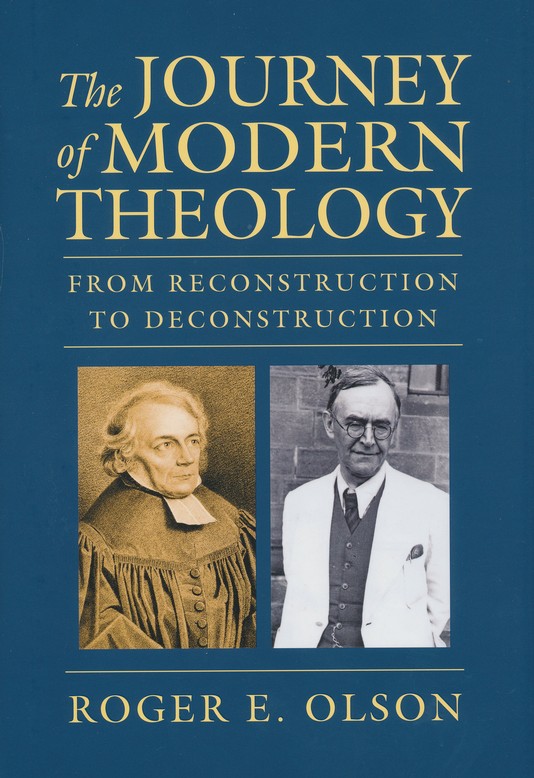 3 thoughts on “What is “Liberal Theology”?”